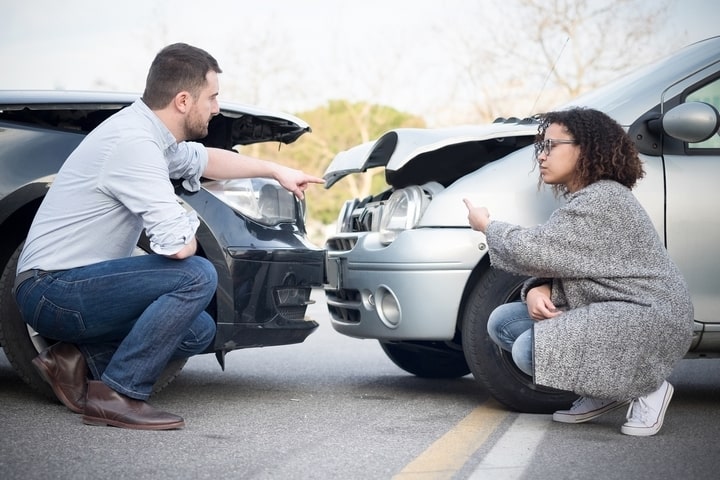 If you are at fault for a car accident, your car insurance rates are likely going to heavily increase. How much higher your rates will increase varies greatly state to state and if any parties were injured from the accident. If you research online, you will likely find a range your policy will increase from 31-51%. Quite frankly, a twenty percent variance is far too large to be taken seriously. Below are clear statements in which your rates will go up. Each point below will increase your rates.

A lot of websites will state your rates will increase based on how much property damage you caused. Meaning an at-fault accident causing $10,000 in damages will result in a higher premium rate increase than a $5,000 at-fault accident. This is absolutely incorrect. As noted, insurance regulations change state to state. If you cause an accident, there is a threshold in which it will be a chargeable accident. For example, the threshold in Utah is $1,500. Meaning if you barely hit someone in Salt Lake City and the total repair cost is $1,250, even though you were at-fault for the accident your rates will not increase. The threshold limit differs from state to state. Using the prior example but change Salt Lake City to Los Angeles. The California threshold is only $1,000. Therefore, causing $1,250 in Los Angeles will increase your rates whereas it won’t in Salt Lake City. The threshold is most commonly $1,000 but can be as low as $500 as it is in Georgia. Your insurance carrier will not likely give you this information, the best way to research your state is by searching “What To Do After a Car Accident + Your State”. This will lead you to your state’s DMV website. This scenario is not valid in no-fault states.

The threshold does not apply if you cause an accident resulting in injury. It is very possible to cause an injury resulting in $500 of vehicle repairs. For example, you rear-ended a vehicle with an infant inside. The baby’s parents want a physician to do a checkup on the infant. They submit their bill to your insurance carrier for reimbursement. That is an injury claim. There is no threshold on injury claims. Meaning if your insurance carrier paid the other party $250 to settle their injury claim, it’s a chargeable accident. In most states, accidents result in any injury are considered a two-point loss which results in a higher premium rate increase as the “Good Driver Discount” typically only applies when you have less than two points on your driving history.

The biggest risk factor which will increase your rates is any accident involving DUI (driving under the influence of alcohol or drugs). The police officer will treat your impaired driving as the primary issue and worry about the accident after. It doesn’t matter if the accident is your fault, if you are convicted of a DUI your car insurance rates will skyrocket by a minimum of 80%! Any major insurance carrier will also drop you as you will likely need to obtain insurance through a non-standard insurance carrier.

Simply put, every state and insurance carrier rates different types of risk on their own set formula. There’s no premium rate standard even within the same company in the same state. An insurance carrier rates a person different in San Diego compared to San Francisco. And if you have multiple lines of insurance (home, car, watercraft, and/or life) with the same insurance carrier, they will be less likely to increase your rates to the same degree as they want to keep your business. If you feel the rate increase is outrageously inflated, there is nothing wrong with insurance shopping to properly gauge the market. If you start obtaining insurance quotes, you will need to be honest regarding your driving history so the quote is accurate. The insurance agent may not know all the points upfront but once your policy goes to underwriting, they will either immediately cancel your policy for misrepresentation or adjust your premium. Don’t let one mistake create a series of mistakes.