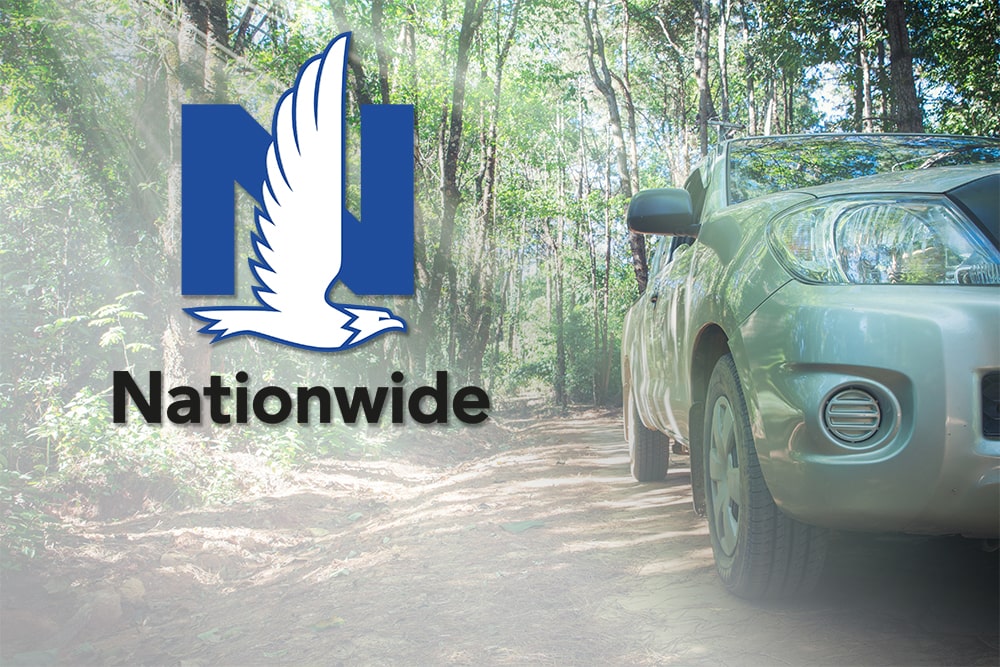 One of America’s top insurers, Nationwide was founded on April 12, 1926. The insurance company is based in Columbus, Ohio. It has headquarters based in Scottsdale, Des Moines, San Antonio, Gainesville, Raleigh, and Sacramento. Having recently changed their business model, Nationwide hopes to extend their coverage using independent agents.

Nationwide employs over 32,000 and owns a few subsidies with Allied Insurance. The company’s motto of being “On Your Side” fits their customer service narrative. They seem to take customer satisfaction seriously by employing agents who are ready to please.

Nationwide lets customers take advantage of quite a few discounts. Their business model allows online quotes and safe driving bonuses. As for their liability, they offer a basic package that covers bodily injury and property damage.

The company offers a Smart Ride app to monitor driving habits. The discounts from the app are usage based, meaning that the less you drive, the more you save. There is a 10% discount on sign-ups through their Smart Ride app.

Nationwide also offers accident forgiveness. This type of coverage is only available in some states, so customers may need to check with a representative.

Unlike other insurance companies, customers need to buy into accident forgiveness rather than earn it over time. Nationwide only forgives one accident per policy, but it saves customers an enormous amount in fees after the fact.

Nationwide wants customers to feel appreciated, so they offer quite a few discounts to save them money. The insurance company offers a multi-policy that combines home and auto. On top of that, installing an anti-theft device gives customers a hefty discount. The customer must prove installation after opting in for the anti-theft discount.

Five years of safe driving gets customers another discount with Nationwide. This includes no speeding tickets or other unsafe driving practices. On a separate note, drivers with no accidents on their records get an amazing discount from Nationwide.

A discount unique to Nationwide is their Affinity Member Discount. Being a member with any of Nationwide’s affiliate companies gives customers the opportunity to save money.

J.D. Power’s agent satisfaction study tells that the company is completely below average. Their agents are hardly satisfied with Nationwide’s business practices. Nationwide’s agents felt that their quoting processes, product offerings, and serving policies could do better. They were generally unsatisfied with the company’s support and communication during the claims process.

Overall, Nationwide received 2 out of 5 stars from independent agents. This puts them well below competitors and has the potential to harm their customer service initiative.

As of 2019, the company received an A+ from A.M. Best. As for their long term credit rating, they received an aa-. This puts them above the general market, but they have plenty of room for improvement.

The company’s instability may be due to the lawsuits from their agents. Going back to the J.D. Power review, agents are generally unsatisfied with Nationwide’s practices. After Nationwide changed their business model, some agents decided to sue the company. They feel that the company’s new habit of distributing work to independent agents cuts local agents from the budget.

According to Nationwide, they changed their business model for customer convenience. The usage of independent agents allows customers to find the best rates, but it also saves Nationwide money by giving the new agents lower payment.

The satisfied customers commend Nationwide’s quickness to return calls. Customers who prefer a local agent are highly satisfied with their experiences. Nationwide seems quick to complete a claims process, and this makes customers happy to work with them.