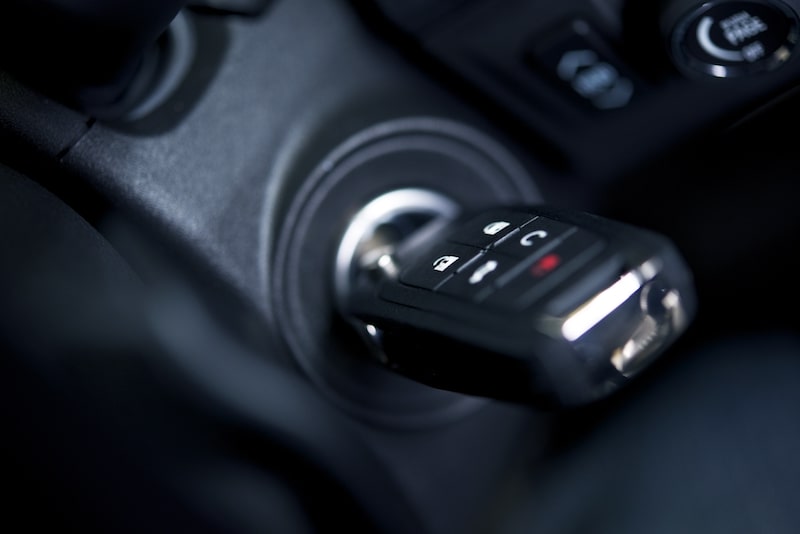 Realizing that your vehicle has been stolen is gut-wrenching. It seems almost unbelievable if you’ve never experienced anything similar before. You walk outside of your home, and where your car was there’s nothing but empty space. What do you do?

The first thing you probably think to do is contact the police, and this is a good first step. That’s because your insurance company is going to want to see the police report, most likely.

After you contact the police, you’ll need to contact your insurance company—the sooner the better, for several reasons. First, because the sooner you contact them, the sooner they can arrange for transportation for you. Second, because they’ll want to conduct their own investigation before deciding to cover the loss, and they’ll have better results if they can begin their inquiries as soon after the theft as possible.

What If I Left The Keys In The Car?

Both the police and your insurance agent are likely to ask you whether or not you left the keys, either the main set or a hidden spare set, in the vehicle. This question might make you nervous. Are they trying to find you at fault for having your car stolen? Does this mean that your auto insurance won’t payout for the stolen car?

This might seem like a reasonable fear. In fact, it’s one of the most common myths about car insurance; it’s often repeated by people who don’t have any first-hand knowledge of these types of situations. The fact of the matter is that whether or not you left your keys in the car isn’t something that is going to affect your insurance coverage either way in the vast majority of cases.

Of course, it’s always theoretically possible that an insurance company could include such an exception, but to our knowledge, this has never been done.

Your insurance company is asking about your keys being in the car for a reason, of course. It’s just an entirely different reason: they’re investigating you for insurance fraud. Or, at least, they’re taking a close look at the situation. This is perfectly normal, and they do it with every theft.

You’d be surprised at how many people try to defraud their auto insurance companies by conspiring to have their own car “stolen.”

Does That Mean I’m Automatically Covered?

First of all, do you have the type of insurance that covers theft, period? This is usually referred to as comprehensive insurance. If you do not, and only have minimum liability insurance, then no, the theft isn’t likely to be covered by your insurance policy.

Furthermore, your insurance company will have to finish their investigation to make sure that your claim is entirely on the up-and-up. If it is, you have nothing to worry about, but if you’ve been dishonest at any point in the process, prepare to have your claim denied.

Your claim may also be denied if you have an extensive history of having your cars stolen.

What About My Personal Belongings?

Nearly everyone who owns a car has the habit of leaving some of their personal belongings in it. After all, it’s what gets us from home to work, or to school. Sometimes those personal belongings are rather important—and pricey to replace. It’s common, for example, for people to leave their laptops or tablets in their vehicle, even overnight.

So, if your vehicle was stolen with some of your valuable possessions inside, will your auto insurance also cover those possessions?

In this case, the answer is no. Usually, your car insurance doesn’t cover personal belongings that were in your vehicle when it was stolen. However, another insurance policy you may have could cover these additional losses! If you have homeowners insurance or renters insurance, give your agent a call. Usually, these policies cover theft under these circumstances.

If My Car’s Theft IS Covered, What Do I Get?

Most people would prefer that the police recover their (hopefully, undamaged) vehicle. Unfortunately, most stolen vehicles are not recovered, so you’ll be depending on your insurance company’s payout so that you can replace your car. How much can you expect?

If you thought you’d be getting what you paid for your car… think again. Your insurance company will be paying you the actual cash value (ACV) for your car. That means they’ll be paying for what they perceive its current market value is.

How Soon Will I Get Paid?

The insurance company will want to wait for a specific period of time before paying out, in order to give the police an opportunity to recover your vehicle. This time varies from company to company and even policy to policy, but it’s usually around a month.